Holding Hands In The Dark - A Second Language Confluence 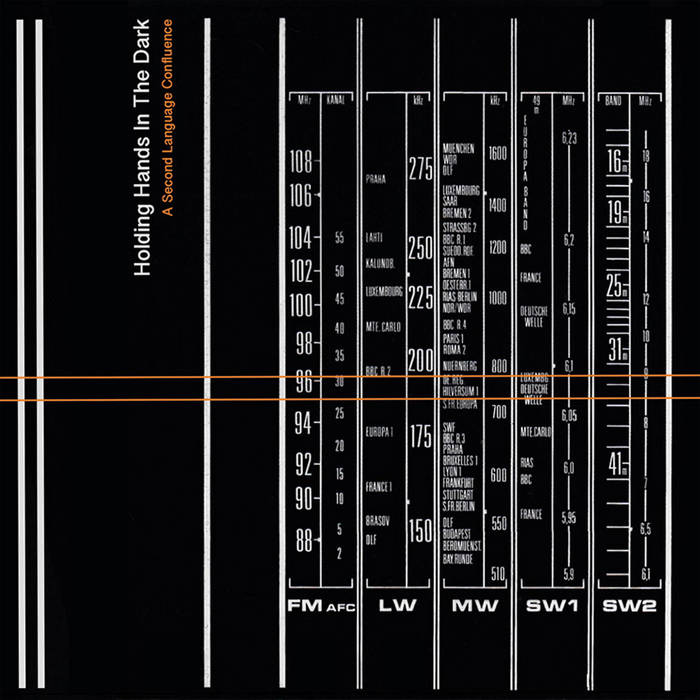 In the past few years, the London-based independent label, Second Language Music, has quietly gone about reclaiming the notion of the carefully-curated compilation album, thought long since lost.
Their most recent assemblies, ‘Avenue With Trees’ and ‘Drifts & Flurries’ - Spring and Winter themed, respectively – have established the label as not only purveyors of good taste but good intention.
‘Holding Hands In The Dark,’ is no exception. Born out of a frustration with Brexit’s attempts to burn bridges with Europe, it seeks to build more, specifically cultural, ones.

The players on this compilation herald mainly from the UK and France and are generally known to each other, either by previous collaboration or simple mutual admiration. In the darkness of these difficult, perplexing, frustrating times, they reach out and defiantly join hands.

Matthew Shaw is a composer, author and artist. ‘Atmosphere of Mona,’ a book of prose poetry and photography was published by Annwyn House in 2020. Matthew has recently worked with Shirley Collins on her album, ‘Heart’s Ease,’ for Domino Recordings. With Shaun Ryder and John Robb as Spectral & with Richard Norris composing the score to ‘The Filmmakers House,’ a film by Marc Isaacs. In 2019 Matthew worked with Mark Stewart and Gareth Sager on #BloodMoney as The Pop Group x Matthew Shaw, featuring a reworking of songs from the ‘Y’ album. His track here, ‘On Synchronicity,’ is : “A love song for Europe, a song that fondly remembers friends, places and moments of unity. Of bridges and times that connected us all once and I think always will.”

The North London-based group, The Leaf Library, make “Drone pop songs about buildings and the weather.” Their track, ‘Agnes In The Square,’ is “about the loves we lose when the walls go up. The end of a long holiday romance. It can also be about refugees, adrift in different ways.”

David Rothon is a South-London based multi-instrumentalist with highly-acclaimed albums on the excellent Clay Pipe label. His ‘Adieu à L'Écurie,’ waves goodbye to a favourite old-school Parisian bistro.

Franck Alba, also formerly of Piano Magic, is a French national who’s lived in London for over 20 years. His feathery guitar compositions are often wonderfully reminiscent of The Durutti Column’s Vini Reilly. His track here, is an ode to the “powerful joy, smile and eternal energy” of his recently departed uncle, Albert.

Since 2013, Amanda Butterworth, as Mücha, has been making fine, ethereal electronica. Her song, ‘Like It Is,’ is one of several recent collaborations with Glen Johnson in the production seat.

The artist and songwriter, Mark Fry, splits his time between London and Normandy and has been releasing records with Second Language since 2011 but he’s still perhaps most noted for his 1972 cult “acid-folk” album, ‘Dreaming With Alice.’ His lovely guitar instrumental here, ‘Adiré’ reminds him of the long car journeys he took through France and down to Italy as a child. “The sadness of leaving somewhere, mingled with the anticipation of arriving.”

Like Mark, Oliver Cherer, is no stranger to those following Second Language or the wonderful Clay Pipe label, where he also records as Gilroy Mere. His ‘Days On End’ is : “A dusty daydream from my days squatting in the Elephant & Castle in the 80s and wishing I were elsewhere.”

With ‘(Is it) morning or evening?,’ the South London composer, Hilary Robinson, evokes nostalgia for her one-time adopted home of Finland. “Those nightless northern nights and endless days of quiet, persistent Nordic midsummer light that I miss forever.”

Another French national, long-since based in London, the composer, Angèle David-Guillou, closes the album with an evocative piano instrumental that evokes the cyclic church bell patterns from a Greek island church, mid-morning, Summer.

‘Holding Hands In The Dark’ includes a bonus disc, ‘Le Bout De Monde.’ The wonderful field recordings of Marc Namblard (of the Vosges mountain and forest region in eastern France) form the basis of this extended piece, over which Glen Johnson and David Rothon improvise an electro-acoustic response.